What are the highlight point of Myra next to the major corridor Upper Serangoon Road?

Myra rises on an area steeped in history. At the address at 9 Meyappa Chettiar Road, the project will develop into a luxury and multi-functional apartment complex that is part of the Potong Pasir Planning Area of ​​the Rest of Central Singapore. The privileged location of this development allows residents to enjoy seamless connectivity with a wide range of options to suit their needs. Besides, the project is also designed with unique architecture, bringing inspiration and improving the quality of life in the suburban area.

Myra Condo has a great strategic location nearby Potong Pasir MRT (NE10), just 150 meters from the apartment, helping to connect residents easily throughout the city. This free development is located in the heart of District 13, where you can immerse yourself in the hustle and bustle of the city center. This residential development has optimal connectivity in terms of traffic. It takes you only about 3 minutes walk to Potong Pasir MRT and 1 MRT stop to Woodleigh MTR station. You can also use your vehicle to go to Kallang Paya Lebar Expressway (KPE), Pan Island Expressway (PIE) and Central Expressway (CTE) which is very convenient to get to the city center in just 6 minutes. 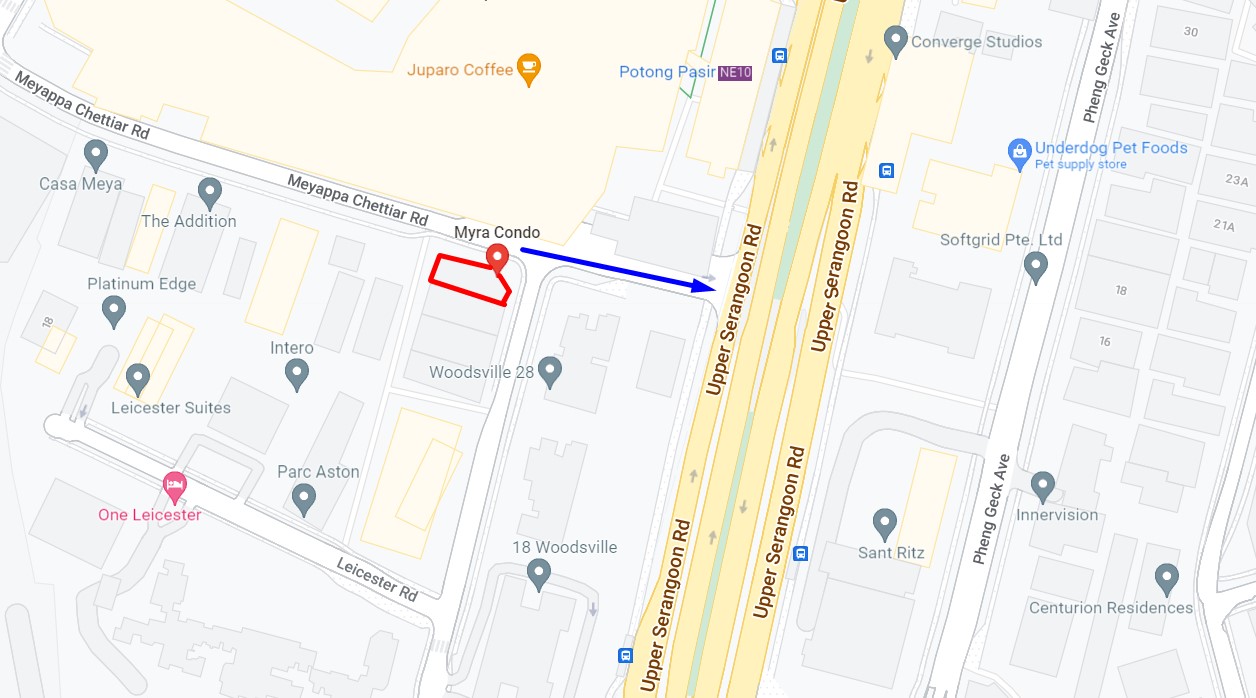 Explore "Belonging to Bishan and Toa Payoh, what is Myra attractive about?" now to know more about the facilities around the project

Nestled by the historic corridor of Upper Serangoon Road, Myra allows residents to enjoy a lifestyle that blends modern and ancient

Myra Residences is located along Meyappa Chettiar Road, leading directly to Upper Serangoon Road. This is the main road to help vehicle owners travel easily. Unlike Chinatown, Little India or Kampong Glam, few people associate Upper Serangoon Road with heritage. However, it has been reported that the Housing Council will invest an estimated $9.5 million to develop a 4.2-kilometer stretch of heritage corridor. Planned features include a market square to host activities, like the former Simon Street Market in the area, as well as storyboards to pay homage to the area's past. Indeed, the road has a history of nearly 200 years. As George Yeo (former GRC MP of Aljunied) said of this heritage project in 2011: "Upper Serangoon Road has always been a main corridor connecting the old city center with the northeast of Singapore, thus being connected by the Strait of Johor with the Johor River and the sea."

Along with Serangoon Road, a radial arterial road connecting the city with Hougang real estate, cuts through Serangoon's land-based homes and shops and Kovan's condominiums. At its northeast end is the former port of Kangkar ("estuary"). The area is one of three counties, including Sembawang and Upper Thomson, where most of the Teochews from China's Guangdong province settled during colonial times.

One of them is the Church of the Nativity of the Virgin Queen, which is 162 years old. It originated here in 1852 as a small chapel, before becoming a full church in 1910 to cater to a growing Teochew Catholic community, mainly farmers from Serangoon and Punggol. The church still exists to this day, serving about 7,000 worshipers, and there is a Mass celebrated at Teochew every Saturday. 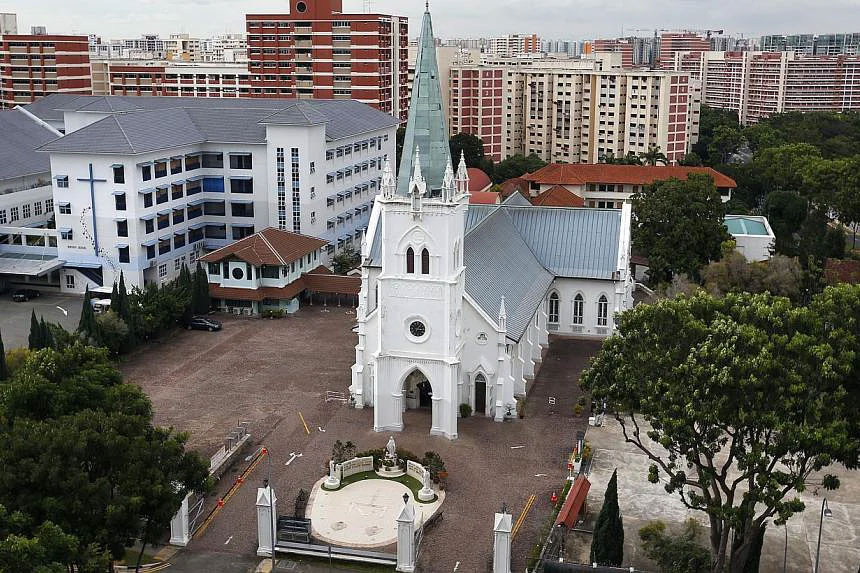 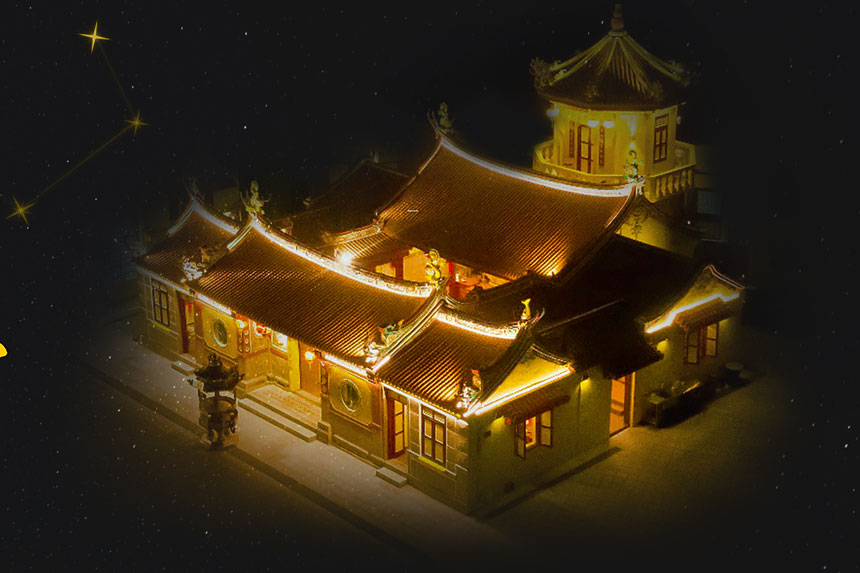 The road also boasts two national monuments proclaimed in 2005 - the 162-year-old church and the Temple of Kew Ong Yah (Nine Emperors), completed by the Hokkiens in 1921 on land owned by the pineapple magnate, Ong Chwee Tow donated.

Anecdotal documents and temple inscriptions say that the temple began as an altar in the Lorong Chuan home of Ong Choo Kee, an immigrant from Nan'an district, Fujian province. Down the road from the temple are the Haji Yusoff Mosque built in 1921 and the St Paul's Cathedral built in 1936. Other historic buildings in the area have been given a new life, such as the former Sin Min School. It's been a half-baked home for drug addicts since 1990, called Helping Hands.

Dr Yeo said reusing old premises is one way to preserve the feel of Upper Serangoon Road, although he agrees with HDB's plan. He says he is not opposed to redevelopment but that any redevelopment should not change the landscape overnight. It should be done slowly.

Next, read more Myra's latest news so that you don't miss the interesting information that is being updated every day!

Be among the first to know about exclusive Myra Condo news and information!